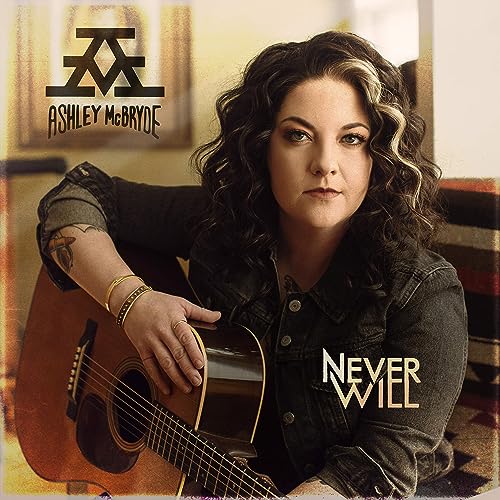 McBryde kicked off 2020 in style with the announcement of a brand new album titled Never Will and a performance of the album’s lead single “One Night Standards” on The Tonight Show Starring Jimmy Fallon.

“One Night Standards” is one of two songs that McBryde released from the upcoming Never Will, due April 3rd. “Martha Divine,” which singer’s rowdiest song to date,” arrived last week.

Frost Fest 2020 features a selection of breweries from across the Ozarks and surrounding region, including breweries not distributed in Arkansas, sharing their product and stories.

In addition to the beer, the festival will include live music by String Deft (featuring members of Arkansauce, The Vine Brothers and Opal Agafia & The Sweet Nothings), Jamie Lou & The Hullabaloo, and Monk Is King.

Tickets are on sale now. To purchase tickets, visit frostfest2020.eventbrite.com.

Debuting in 1966 on AM station KAAY, Beaker Street with Clyde Clifford, was the first underground music program broadcast regularly on a commercial station in the central US. The station’s 50,000-watt signal carried far and wide and was a staple listening for the burgeoning underground communities of the mid-south and upper Mid-West .

The show’s original announcer, Clyde Clifford, would move to FM in 1974 as the rise in popularity of FM radio began to impact the operations of many AM stations across the country. Beaker Street pre-dated the FM Radio boom of the mid-1970s and foretold the rise of Album-oriented rock and Classic Rock formats.

Beaker Street is set to return in February on the Arkansas Rocks Radio Network.

Fayetteville – Rocket Coma are set to begin work on the followup to 2018’s Rock//Icon album with famed engineer Steve Albini.

Albini, a legendary figure in rock and roll, has created one of the most impressive bodies of work in modern music. Working behind the boards with everyone from Nirvana and The Pixies to Bush, PJ Harvey, and Page & Plant.

The band will record the new album at Albini’s Electric Audio Studios in Chicago starting January 23. Check out the video for Rock//Icon track “Bush & Dick” below.  RIP The Shindig Couch

Fayetteville – Fresh off the release of their new full-length studio album, Number Ones, Handmade Moments the Fayetteville duo featuring multi-instrumentalists Anna Moss and Joel Ludford, have released an OFFICIAL video for “Phone Down.”

The band went viral this past November with their cover of the 2015 Erykah Badu’s. The cover video has received an impressive 4.7 Million Views on Facebook.

The OFFICIAL video was filmed in Venice, Italy during their 2019 European Tour, and you can watch it below.

THE LATEST View all

A Little Deep Sea-quence Diving after Phish Plays the AMP

Well, the Kat is Out of the Bag. Acid Katz is an Auditory Fancy Feast.

NWA Music Community Gathers to Support a Festival of Hope

Stream the Debut Album from Kale Ogle & The Light